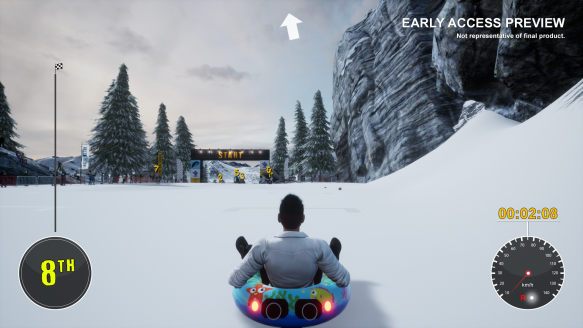 Tony Slopes in his rocket-powered inflatable ring ready to hit the … um, slopes.

It’s almost the end of what could best be described as a forgettable year for me so what better to round off the blogging year with a game that I’m going to add to the “Weird but strangely addictive” files.

I received an email from family-run British developer Seedtech Studios over the weekend (before starting game development the company specialised in 3D visualisation, animation and simulation) with a Steam code for early access to its game Tony Slopes because I had “either requested a copy of the demo for media articles/reviews, for blog/vlogs, or because you have signed up in the past for play-testing.”  I can’t remember if I had done either (to be fair, I have trouble remembering where I put the car keys 20 minutes after I’ve used them) but I downloaded the demo anyway as I was curious to see what it was all about.

Tony Slopes is a multiplayer and single player downhill racing game where you race others down a variety of terrains (snowy slopes, for example) riding a variety of objects. What sort of objects? Ah, a shopping cart with rockets attached, a shark, a crocodile, an inflatable rubber ring  … and a hump back whale. Yes, you read that right: A hump back whale. At the moment, it’s only single player racing, which is fine by me.

For my first race, I selected the shopping cart, a road cone helmet and it’s played like any downhill racer: Navigate your craft around a twisty course (the opening track is set in a mountain range), avoiding the patrolling hi-vis wearing officials and basically getting to the finish line first. If you crash, go off the course or hit a barrier, you respawn and continue racing. I finished third in my first race, pipped at the line by a crocodile and an inflatable boat. There are a lot of customisation options for your character greyed out so it looks like options will unlock as you progress through the game.

For my second race, I selected the humpback whale. It had to be done, right? As you’d expect for a huge water-based mammal, pulling off quick manoeuvres was pretty hard and it took a while to gain momentum as the whale barrelled down the slopes, but you can still do some pretty mean slo-mo jumps with it!

In my third race – in an inflatable ring – I, unfortunately, took out one of the officials who was walking across the track just as I approached the first jump: His scream as he went flying through are still echoing in my head. Sorry, mate. I saw an ambulance parked up nearby, hopefully you got medical attention in time.

Here’s some video I captured of about 30 seconds of racing (there’s a delay in me starting as I had to fumble around to get the capture software recording):

From this demo, Tony Slopes shows a lot of promise already if you’re a fan of downhill racing-style games, and while it’s bare bones right now in terms of features, its clear that Seedtech are leveraging off its background in 3D animation and simulation as for an early access title the game is showing some real promise.

It’s only being developed for PC at the moment but Seedtech says it is in discussions with PlayStation, Nintendo and Xbox for a console release. Seedtech is hoping the full game will be out sometime next year.

A game to keep an eye on, I reckon. 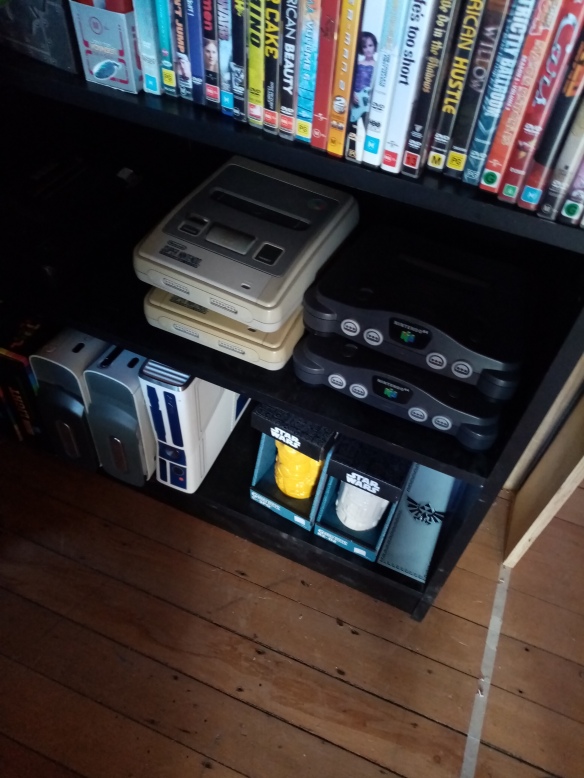 Please note: These consoles are not top picks for this year’s Christmas.

Yes, this is most of a media release but, hey, it’s been a busy year so ride with it.

With Christmas just around the corner, price aggregation site PriceSpy has come up with what it thinks will be the top gadgets, games and consoles this Christmas.

Liisa Matinvesi-Bassett, New Zealand country manager for PriceSpy, says it strongly recommend consumers use a price comparison site or app to find the best deals. As well as helping to save money, these sites can help ensure people aren’t paying over the odds on items that may be over-inflated in price.  It’s a fact that many products receive a bigger discount the closer we get towards Christmas. However, it’s also true that some items receive a price hike!

“Carrying out pricing research throughout the year can potentially help save consumers hundreds, if not thousands of dollars, which is money that can be saved in the bank!”

I guess we’ll see after the New Year if PriceSpy was on the money, eh? 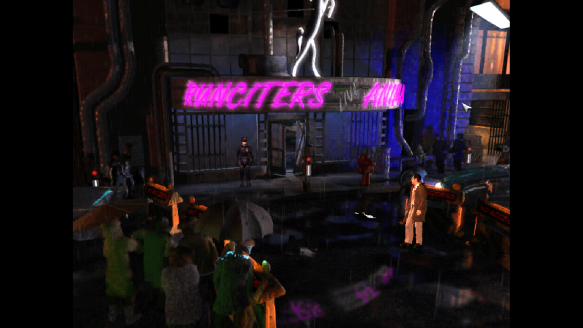 Well, looks like Christmas came a little early for PC gamers and fans of Westwood Studio’s superbly wonderful Blade Runner as the game – long been a nightmare to get running on modern computers due to it being released during the late 1990s – has suddenly available on GOG.com for a entirely reasonable $13 or so.

It was an instabuy for me, if I’m being honest: I read about it this morning and picked it up a few minutes later.

I have long been a fan of the original game, playing it as a teenager after winning a copy of the dis-based version of the game and a nice coffee mug emblazoned with the red Blade Runner logo: It has long disappeared). Sadly, time has not been kind to the original Blade Runner: It was released in an age when CPU clock speeds were much, much slower than they are now and the graphics were created using voxels, not powered by high-end graphics cards.

The game is set around the same time as Ridley Scott’s Blade Runner movie but instead of playing as Rick Deckard, you play as Ray McCoy, a Blade Runner roaming the streets of Los Angeles 20198 in pursuit of androids that have gone rogue.

Trying to get Blade Runner working on a modern PC is a complete nightmare, to be honest, and the only way in recent times that you’ve been able to play it using files copied from your install discs is using the Scumm program which lets you run select point-and-click adventure games provided you have the data files.

Up until now, I’ve been using the Scumm to play Blade Runner but it’s so nice to see that GOG.com have picked up the rights for this (firing it up tonight it also looks as if it’s using work from the team behind Scumm as the program’s logo pops up just before the game’s opening).

I am so happy that Blade Runner is now accessible to PC players who may not have had the chance to experience the original and seeing those unmistakably visuals just brings tears to my eyes. So, so good.

I’ll still keep my OG discs, of course, but at least now I know I can play the game on my modern PC without running through hoops to do it.

Thanks for the early Christmas present, GOG.com. 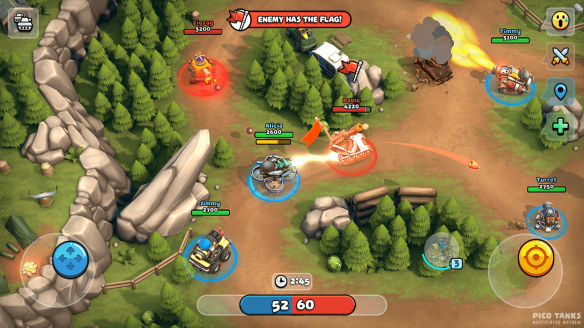 I have to start this write up with an apology to Melbourne-based developer Panda Arcade.

Months ago, the Australian developer got in touch with an early access code to Pico Tanks, an iOS and Android game that features cute cartoony tanks battling against each other in 3 vs 3 multiplayer matches.

I redeemed the code, played some of the beta, enjojed it but failed to write up my thoughts. So Panda Arcade, I apologise profusely for writing something up soon. Better late than never, right?

OK, so Pico Tanks. What is it? In a nutshell, it’s tank-based multiplayer combat with really cute visuals and high customisation for your tanks. You can build your tanks from a multitude of bases (which feature a variety of wheel and track configurations), turrets and weapons – as well as popping hats on them for that extra bit of bling!

[Update one: December 16] : Panda Arcade tells me Pico Tanks has soft launched in New Zealand, Australia and The Phillipines and will launch globally in January next year.

Tanks are moved using an on-screen virtual joystick which works extremely well and you shoot and aim using the virtual controls on the right side, either by lining up and firing of just tapping the shoot button As you progress you get a variety of extra abilities like the air strike power up, which does just what it says on the tin: Drops bombs on enemy tanks.

Good work, Panda Arcade! (and, again, sorry for the lateness in getting this up)

It might have arrived on PC a year after the console release, but Red Dead Redemption 2 on PC is a beautiful thing. It really is.

Sure, you have to tweak a multitude of settings to get things just right (I’m currently averaging around 55 frames per second with a mix of ultra/high/medium settings) but boy, oh boy, it just looks gorgeous.

RDR2 on PC wasn’t without its problems, though: Rockstar screwed the launch royally with launcher issues, frequent crashes, and new patches that reset all the graphical settings to the default, meaning painless tweaks of each graphics preset had to be done all over again to find the optimal frame rate settings – but things seemed to have settled down now and RDR2 it’s still one of my most favourite games of recent times.

Actually, RDR2 seems to be comparable to Hideo Kojima’s recently released Death Stranding: Both are quite polarising among gamers, both criticised by some for its slow pace while adored by others. I haven’t played Death Stranding so I can’t comment on its game play but I have played RDR2 on both PS4 Pro and PC and I love it. It’s one of my favourite games of recent times.

It’s also got an amazing photo mode and there are so many great moments that I find myself pausing the game, framing a nice shot (especially if it’s night or the sun is just right) then clicking! It’s one of those games that you can document your life thanks to the photo mode.

So, enough words: Here’s is my journey so far through Red Dead Redemption 2 on PC through the lens of the game’s photo mode.