I was contemplating picking up an RTX2060 or RTX2070 later this year but while nVidia for some reason hasn’t made New Zealand pricing available, it sounds like an RTX3070 will cost around $AU800 (which means closer to $NZ850, probably) so while not cheap, they seemed competitively priced when compared to the RTX2000 series cards when they were released.

The RTX3090, however, sounds like it’ll need a small mortgage to cover the cost so I suspect it’s not considered a consumer-level card.

Hot on the heels of nVidia’s announcement, memory, RAM and GPU manufacturer PNY has come out announcing its own line-up of RTX30 series cards with the XLR8 gaming series: The  RTX 3090, RTX 3080 and RTX 3070, all powered by the all-new NVIDIA Ampere architecture.

In terms of overclocking and RGB customisation, PNY says its XLR8 Gaming GeForce RTX 30 Series is compatible with PNY’s VelocityX overclocking software which allows for the customisation and monitoring of critical stats like core clock, memory clock, core temperature, fan speed, RGB lighting and more, aiming for the perfect balance of performance and efficiency.

Here’s what PNY has to offer in the range: 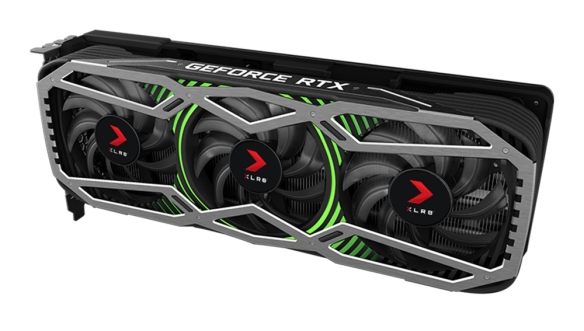 PNY says its RTX3090 will be available from late-September,  the RTX3080 from mid-September and the RTX3070 from mid-October from mWave.com.au in Australia and in New Zealand from  www.pbtech.co.nz/