Note, this is a review of Halo Wars 2’s campaign. I haven’t had a chance to look at the multiplayer or the new Blitz mode, which melds RTS elements with a collectible card game, yet. I’ll give my thoughts on those when I get the chance. Enjoy. 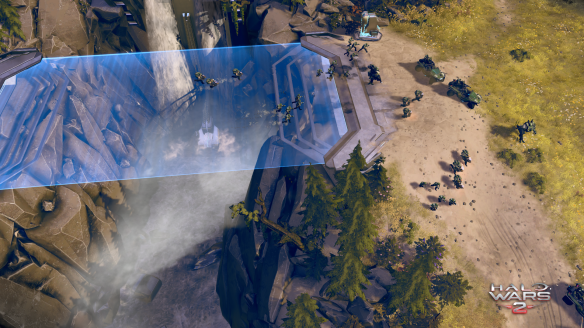 Halo Wars 2 is proving that real-time strategy games aren’t just the domain of the PC.

And it does a pretty damn good job, actually, showing that an RTS game can be played with a controller pretty well, despite the controls not being as tight as if you were using a mouse and keyboard.

This isn’t the first time a Halo RTS games has appeared on a console, though: The original Halo Wars launched on the Xbox360. The game feels unmistakably Halo, with all the sounds, effects and characters you’d expect. It feels like a part of the Halo universe.

The story opens  with Captain Cutter and the crew of the UNSC Spirit of Fire being woken from cryosleep after the ship starts orbiting the Ark, the place where the rings from Halo are made. Unfortunately, it seems the Ark has been invaded by a disgruntled band of the Covenant called The Banished, led by a brute called Atriox.

Coming from the new wardens of the Halo franchise, 343 Industries the company handed the game making duties over to acclaimed RTS specialists, Creative Assembly, and fans of the genre will find much to like with Halo Wars. Missions are a good length and generally involve things like hold this position until help arrives or take out these objectives but it does little to move the genre forward. The story feels a little well trod, too, seeing as it’s essentially a disgruntled alien that wants to destroy humanity. 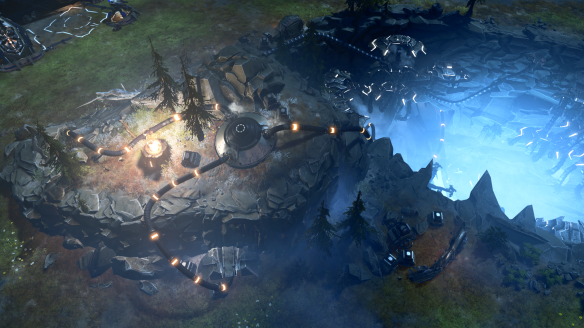 The game is beautifully presented graphically, with the level of detail on units and structures just wonderful. I never got tired of seeing a base being constructed, UNSC Pelican’s dropping in with resources before swooping off for the next section of the base. Like all RTS game, resource collection and management is key here:  Collect enough resources and you’ll continue building units. It’s that simple. 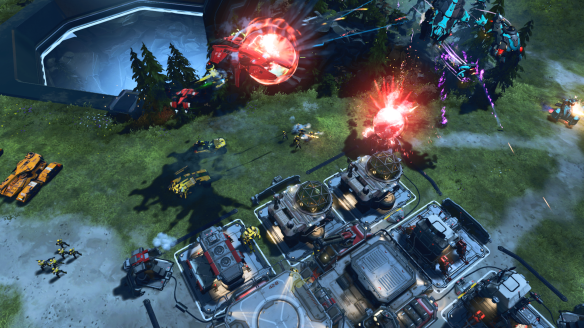 Controlling and selecting units is made simple using the Xbox One’s controller: Use the left stick on the controller to sweep the units you want to select then press the A button, while a double tap on the right bumper highlights every unit on the battlefield. Your troops are competent as well, attacking enemies without prompting.

If I’m being completely honest, I spent most of my time playing Halo Wars on my PC just because, for me, the mouse and keyboard will always be king when it comes to role-playing games and the control is just more precise than an Xbox One controller, especially if things turn pear-shaped and you have to quickly get your view back to a base that is under attack.

Sure, Halo Wars 2 suffers a little from the limitations of being on a console and it doesn’t reinvent the RTS rules, but overall, it’s a solid addition to the Halo franchise.

Thanks to Xbox NZ for providing a downloadable copy of Halo Wars 2 for review.