I’m facing something of a gamer’s dilemma.

I started my gaming life on a PC. A ZX Spectrum to be precise, that wonderous squishy keyed computer born from the mind of British inventor Sir Clive Sinclair.

I loved the Spectrum, cutting my teeth on classics like Maniac Mansion, Knight Lore, Ant Attack, Sabre Wulf, Robocop and Dayley Thompson’s Decathlon, then graduated to an Atari 2600, playing games like Space Harrier and Outrun.

At some point during my teenage years, my dad bought a 486 PC, and I was in gaming heaven. I was introduced to Doom and Duke Nukem, and some flight sim that had to be installed six or seven 3.5-inch floppy discs. I was hooked on PC gaming (If you too young to know what a floppy disc, ask someone older than you).

When I left home and got married, the first PC I bought had (for the time) a blisteringly fast Intel Pentium 90 CPU and a graphics card (I think it was an S3 Virge?) with 2Mb of memory (that’s not a typo: It actually had 2Mb of graphics memory). I played classic  games like Dark Forces, the Jedi Knight series, Magic Carpet, Blade Runner, System Shock 2 and Shiny’s MDK and Messiah (I still have the discs of all those games, too).

Fast forward to 2016 and these days, the bulk of my video games are played on consoles hooked up to my Yamaha AV receiver and a 55-inch Samsung TV.

I like the convenience of consoles games and the fact that I know every game will work right out of the box – but I’m having somewhat of a dilemma at the moment: I’m torn whether to keep playing most of my games on console (and upgrade next year to something like Xbox’s Project Scorpio) or upgrade my current PC’s GPU and start playing more on PC. I know it’s not a first world problem but I really am in a conundrum.

I’m not one of these people who sees console gaming as inferior to PC gaming: We’re all gamers so I don’t have a problem with playing on either PC or console and something I really like about console gaming is that I can lie back on the couch, relax, and play games on a big screen. I like that about console game.

I only have a 23-inch monitor attached to my PC I’m obviously I’ve got smaller screen real estate to play games on but I really like that PC games can be tweaked so they look graphically better than a lot of PC titles. My PC also comes in handy when the main TV is being used, too. That is a big plus. 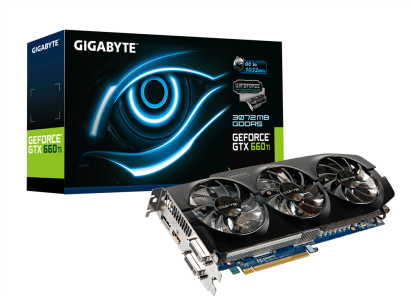 The reason I’m toying with a graphics card upgrade is my PC currently has a few-years-old now nVidia Geforce GTX660Ti, which is still a great card (kind of) and plays games like The Witcher 3 well (obviously not at ultra graphics presets) but I just know that its lifespan is coming to an end and if I want to play cutting edge PC games then the  660Ti just isn’t going to cut it.

I do also have an nVidia GTX950 which I won in a competition (I’ve actually sent it back to MSi in Australia as it never worked so I’m getting a new one under warranty), and I’m tempted just to stick with that and it seems a good card, but it’s a budget priced card that is really aimed at MOBA games, which I don’t play. See my problem?

I’m the sort of person who tends to “ummm” and “ahhh” about things too much, fearing that if I do buy a new GPU I won’t actually notice the difference between my console games, then curse that I spent the money. It’s a catch-22 situation really: I’ll be damned if I do, damned if I don’t.

Put is this way: Buying a new GPU won’t change my life at all. It won’t make my quality of life any better or worse. It’s an upgrade that I absolutely don’t need but would be nice, especially with games like Dishonored 2 coming along soon, but is that enough of a reason to upgrade? Maybe I should just be satisfied with the card(s) I have and just be done with it, saving my money for something else further down the track?

I don’t see any point upgrading to the PlayStation 4 Pro or the Xbox One S  – the PS4 I have does a great job as does the Xbox One – but perhaps I should wait until next year and see what the pricing will be for Xbox’s E3-announced Project Scorpio console?

On paper, it sounds like it will be powerful but, of course, the specs could change dramatically between now and when it’s likely to be released late next year. Perhaps I should save my money for a new cutting-edge console next year rather than upgrade my GPU?

1 thought on “New GPU or stick with the consoles for a bit longer? My gaming dilemma”